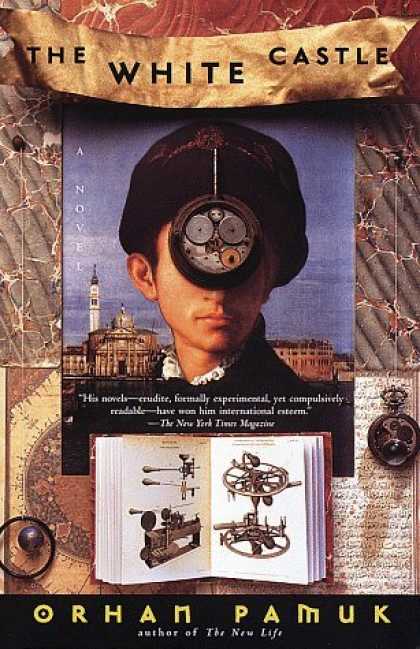 My first read by Pamuk. No, that’s not true. I tried to read Snow a few years ago and never got off the ground despite raves from friends.
This novel, however, gripped me like a weird, powerful dream you might have while napping on a lazy clear summer day. You wake up in a daze, disoriented and sweating, but luxuriating in the vivid details and marveling at the intricate folds and turns – the mysterious corners and magical twists of the mind.

Coming to the novel after my failed first attempt – for which I did not blame Pamuk at all – I was still somewhat wary as a result of rumors of the author’s callousness and arrogance. When I then picked up the book and began to read, I was, initially, even more put off by the obvious signatures of Borges and Calvino on the whole affair: my fears were confirmed. Not that I don’t love the gods of postmodernism, but so many energetic, intellectual tributes read more like seed catalogs or weird detective novels. Although sometimes compelling, for me, especially as a man in my forties, I find that novels of ideas must be tempered by human warmth. Philosophy and intellectualism are exciting, but only if there is red blood flowing through that veiny plot.

Not to fear, Pamuk transcended my fears and prejudices and won me over with story. I haven’t been so excited in a long time! I loved it. Read The White Castle.